After being sexually bullied as a child, Emily Lindin decided to take action and become a light at the end of the tunnel for so many women with experiences like hers.

At age 11, Emily Lindin was sexually bullied and held the tainted reputation of “school slut” for several years. After an incident with her boyfriend during that time, rumors spread and her classmates were quick to judge and label her. She kept a detailed diary of her middle school experience, which became an effective coping tool for her throughout those hard times. A decade later, Emily realized she had the ability to help other young girls and women overcome their dreadful and completely unfair label of slut.

In an exclusive interview, she told Taking on the Giants “I heard about a girl who had committed suicide at the age of 17.” Rehtaeh had been gang-raped by her classmates and faced months of verbal threats and assaults. Emily could no longer bear hearing tragedies like Rehteah’s. “It wasn’t the first story I heard and it really resonated with me.”

She started the Unslut Project to increase discussion about the serious issue and reached out to girls who have been sexually bullied. She created a website (www.unslutproject.com) and posted all of her middle school diaries to share with the world.

Emily was able to connect with young girls and women from all over the internet. Her online community grew as people began posting their own stories and found comfort in taking ownership of their experiences. Reading about other women also gave girls the confidence that living a successful life is not out of reach. “I’ve gotten messages from lots of young girls who say that reading my diaries and reaching out to me is a way for them to know that they’re not alone and that they can get through this struggle,” she explains.

Emily recommends people facing this to find what they are good at and focus on their strengths. Coming back to a volunteer group, club, or hobby after a rough day at school often makes things easier to deal with. She advises girls to go to a parent or trusted adult if they ever find themselves in this kind of situation, but her website is a way to connect just in case “it seems like the teachers, parents, and community leaders are blaming her for what’s happening to her.” The Unslut Project provides girls with a listening ear and advice that allows them to grow and move past their hardships. 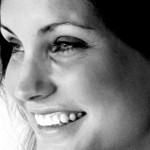