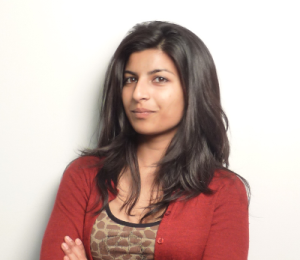 Anjali Appadurai spoke eloquently and unapologetically at the United Nations Conference in South Africa, in 2011, on Climate Change. Advocates such as Anjali have helped pave the way to the break through agreements made on this issue, such as the Paris Agreement.  In her speech, Anjali urges UN members to listen to the science that tells us, we have 5 years, until damage is irreversible. She will not stand for their response; “give us ten.”

“The most stark betrayal of your generation’s responsibility to ours is that you call this ambition” Anjali says. “Where is the courage in these rooms? Now is not the time for incremental action. Common but differentiated and historical responsibility are not up for debate.”

Anjali ends her speech powerfully by demanding “deep cuts now. Get it done.”

A year later, Anjali spoke in Doha, Qatar at the climate summit. Anjali is a young climate justice activist. She gave both speeches while still in College, at the College of the Atlantic, in Maine, and all before the age of 23!

Anjali has been an activist, campaigner and a strategic communicator on local and international levels, on the issue of climate change. Currently, Anjali works at West Coast, as Communications & Engagement Specialist, working to build the organization’s voice and push important environmental laws. Anjali is a great example of a young person with an issue she is passionate about and a desire to change the world through that passion.