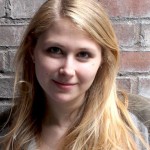 Alexandra Brodsky, a recent graduate of Yale University, is taking a stand against sexual violence. Sexual assault is frighteningly common in the US, especially on college and university campuses. The data indicates that one in four US college women have survived rape or attempted rape. Still, estimates suggest less than 5% of these assaults are reported to law enforcement officials. Why? Along with physical and psychological scars, assaults can cause chaos in a woman’s life long after the fact. If a woman doesn’t feel safe on her college campus, it can create an insurmountable barrier to her education.
Alexandra, and many others, cite college administrations and cultures that discourage victims from filing legal charges against their assaulters. Schools worry publicized sexual assaults will tarnish their image. Alexandra Brodsky knows from first hand experience.
As a freshman, a friend tried to rape Alexandra at a school dance. She sought help from the college administration. The administration, she said, was well-meaning, but ineffective. Yale said a trial against the attempted rapist would be “too draining,” for Alexandra. They would simply tell her former friend not to speak to or come near her. Alexandra was instructed not to tell anyone, even her roommate.
Alexandra, though only a teenager, knew this was not right. Was Yale sacrificing her safety and sense of justice for its reputation? She wanted the school’s help and protection not just for herself, but for student victims around the country. During her time at Yale, Alexandra heard “too many” reports of victims of assault who were advised to hush up and opt for informal, confidential mediation rather than formal disciplinary proceedings.

Alexandra and 15 of her classmates filed a Title IX complaint against Yale with the US Office of Civil Rights. Enacted in 1972, Title IX guarantees equal opportunities for both genders in education that receives federal funding. Yale settled this complaint with the US Office of Civil Rights. Though not found non-compliant with Title IX, the office stressed that Yale had policies that were difficult on and ineffective for sexual assault victims. Yale took voluntary measures to improve the safety of women on their campus, such as setting up a committee on sexual misconduct and improving training for complying with Title IX.

The school essentially promised it would enforce Title IX better next time.

Alexandra was not satisfied, believing the root of the problem was going unaddressed.  Lawsuits against Title IX noncompliance increased by 78% between 2008 and 2011. Yet out of dozens of complaints filed each year, the US Office of Civil Rights has publicly only ever found one school noncompliant. Alexandra and three others who filed the Title IX lawsuit argued in the Yale Daily News, sexual assault “is a direct result of a culture, not unique to Yale but firmly entrenched here, that sees women as objects who lack real sexual desire, who attempt to halt sexual activity until they can be convinced (or forced) to do otherwise”. The official number of rapes at Yale are low, but critics say this is due to the documented underreporting of rape and because Yale lies or tries to fudge the numbers. As early as 2004, the Department of Education cited Yale for failing to include every incident of sexual assault in their crime numbers.

Besides the act of sexual assault, behavior on Yale and other college campuses can silence victims, such as social pressure from peers not to report a rape or belittling victims. A Yale fraternity recently made national news, seemingly encouraging rape and chanting, “No means yes.”

Now a graduate and a member of the Yale ’16 law class, Alexandra is taking on her school and the government. She and hundreds of other students have started a petition drive demanding that the Department of Education hold schools accountable for their failure to comply with federal laws protecting victims of sexual violence. In an email delivered by Change.org, Alexandra argues, “There is serious political pressure not to hold schools accountable” when they don’t follow Title IX policies. So, she’s building pressure of her own. Her efforts to take on not only the United States Government, but also hundred of American colleges and universities, have already resulted in 161,000 signatures.

After reaching their goal of 200,000 signatures, Brodsky and her partners will deliver the petition to the Department of Education, asking again that it enforces Title IX. That means, Alexandra believes, protecting victims and giving them justice.
Across the country, youths like Alexandra are forcing their colleges to confront sexual violence. Campus newspaper and blogs are publishing personal testimonials. Lawsuits against administration’s handling of sexual assault cases continues to grow. There is a growing push for sexual assaults to be handled by a criminal court like any other crime,not by the college. Occidental College, in Los Angeles, is making national headlines after students revealed that administration continuously hushed up and under-prosecuted rape on campus.
Alexandra recently told policymic: “It is important to note what a cross-cutting issue this is. Sexual violence is often thought of as just an issue of gender and sexuality, which of course it is, but Title IX is fundamentally about access to education — and that’s an issue of class, of race, and of American inequality.”