Interested in entering to win an intimate family dinner in New York City with Lady Gaga while supporting the Born This Way Foundation? How about supporting sarcoma cancer research by winning a trip to the set of The Hunger Games: Mocking Jay? 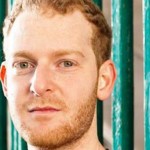 Bryan Baum, age 24 and co-founder of Prizeo, is re-inventing philanthropy for our tech-savy and celebrity-driven age.  As one of Forbes’ 2014 30 under 30 Social Entrepreneurs, Bryan Baum’s Prizeo has raised over 3 million dollars for charity while creating unique experiences for celebrity fans across the globe. With degrees in Philosophy, Politics, Mathematics and Economics from Oxford University and Swarthmore College in Pennsylvania, Bryan has spent time understanding and re-thinking philanthropy as we know it. The World Economic Forum website states that while at Oxford, he directed the Aloysius Society, a philanthropic society in Oxford that has raised over US$ 1,000,000 in a year and has appeared in over 30 publications.  It was during this time, when he was organizing glamorous auction fundraisers, that he met those who would be the other co-founders of Prizeo.  They believed that instead of auctioning off expensive prizes for celebrity causes to only those who could afford attending these lavish events, celebrity fan bases, that stretch into the millions, would be a more efficient, far-reaching way to make a true impact.

While viral philanthropy is nothing new with well-known sites such as Indiegogo, GoFundMe, Fundly and more, Prizeo puts a spin on the age-old model of philanthropic auctions. Business Wire states, “Prizeo democratizes fundraising by transforming the traditional celebrity-auction model — once limited to a select group of privileged bidders — into an instantly accessible digital campaign that’s open to anyone who pays the entry fee: a mere $3 donation.”

Beginning in September 2011, Prizeo now makes these once esoteric prizes universally accessible to anyone through a small donation.  Prizeo’s website claims, “everyone has the chance to win big and make a difference.”   Originating in Britain, Prizeo launched its first international campaign in March 2013.  Prizeo raises funds and support for charities by raffling off unique prizes such as a getaway with Will Ferrell or a private Valentine’s Day concert from Mariah Carey.  Other celebrities Prizeo has worked with include One Direction, Kobe Bryant, Alicia Keys, Muhammed Ali, Samuel L. Jackson, and Sophia Bush.

According to the Prizeo website, here is how Prizeo works. First, you can scroll through the various prizes to pick one of interest.  Previous prizes have included an internship for a day with Snoop, playing with dolphins with Michael Phelps or a shopping spree at Dash with Khloe Kardashian.  Each package is unique and accommodations vary but most packages include travel costs. Then, you enter the raffle by giving a small contribution to the celebrity’s cause.  Each celebrity provides a video clip explaining the importance of his or her cause.  While only a minimum donation is required to enter the raffle, there are levels of contribution and contributing more money may increase one’s odds of winning or allows you to receive smaller prizes, such as an autographed t-shirt. You can also with extra entries by sharing online.

Once you have entered the contest, you may choose through Facebook, Twitter, or email which friends to bring with you if that is an option for the campaign you have selected.  Finally, you will be notified through email if you have won your prize or a possible lesser prize that may be available.  The odds of winning depend on the number of individuals who have donated to the campaign however regardless of your donation size you are able to track your impact.  By registering with Prizeo, you are able to see what the charity has done with your contribution.  Prizeo keeps 10% of the prize revenue and the charity then receives 90% of the profits.  However, Prizeo is looking to reduce its fee in time by finding other revenue streams.

While one’s first impression that an exclusive studio hang out with Justin Beiber could not possibly raise funds for Typhoon Haiyan relief, the millions of dollars for charity that Prizeo has raised is hard to dispute.  However, since each charity organization is in charge of its financial spending, Prizeo does not control where exactly the raised money goes. The only way we can be sure that the money is being spent efficiently on the cause is by asking for the financial records of the organization before donating.  Thus begging the questions how and if Prizeo chooses campaigns based on the reputability of the charity organization, the most-well-known celebrity or both. A hopeful next step for Prizeo would be posting data on their website about how, specifically, the raised money was used in each campaign.

The Ancient Greeks viewed philanthropy as ‘love of what it is to be human.”  Is giving money through a computer screen in order to meet your favorite celebrity establishing this type of love and closeness with humanity?  Celebrity-centered philanthropy lacks of relationship building and social capital that is created if you were to volunteer in your community or help a neighbor down the street.  Undoubtedly, Bryan Baum and Prizeo’s other co-founders have created an innovative way to maximize a charity or organization’s fundraising potential and allowed access for millions of celebrity fans across the globe to enter to win an experience of a lifetime while also supporting charity with a modest donation.