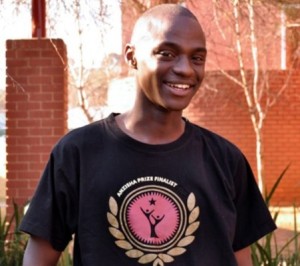 For Mubarak Muyika, being an entrepreneur seemed natural. The young Kenyan first started taking business classes in high school. Orphaned at a young age, he lived in Bungoma County with adoptive parents, who owned a publishing and distribution company called Acrodile Publishers. While working for the company, Mubarak noticed it lacked a powerful website through which to expand and conduct business. To solve this problem, Mubarak taught himself how to build websites and eventually built one for Acrodile. His website was a great success with the company, allowing them to conduct efficient online operations and transactions.

In addition to teaching himself web building skills, Mubarak was also an excellent student. In fact, his academic achievements earned him an offer of a full scholarship to Harvard University in 2012. However, Mubarak’s entrepreneurial aspirations led him to turn down the deal. Concerning this decision, one of Mubarak’s mentors, Chris Kirubi said in an interview with Business Daily, “Mr Muyika is enterprising and focused, I recommended him to Harvard University but noticed that entrepreneurship came first and he had no obligation to pursue the course”.

Mubark’s entrepreneurial preference was made official when he started Hype Century Technologies in 2011. Hype Century was aimed at building websites for small to medium sized businesses. Mubarak told Business Daily about his enterprise: “We started very small, with Sh50,000 [about $60] which I had saved from a freelance job I had been doing as a student and after High School. My first client was so impressed that he offered me space in his office at Rehema House in Nairobi”. With relatively few resources, Mubarak built his company to huge success through creating websites for small businesses. As a testament to his entrepreneurial achievements, Mubarak was awarded the 2012 Anzisha prize. The Anzisha prize recognizes and rewards successful young African entrepreneurs that have an impact on their communities.

While in South Africa to accept the award, Mubarak started talking to Jim Doursey, an investor who became interested in Hype Century. The two negotiated and Doursey bought 10 percent of the company. After making additional business deals with other investors that wanted a stake in Hype Century, the company grew to serve over 700 client companies and offering additional services, such as online marketing. However, these business deals left Mubarak with only 60 percent of the shares of the company. This was part of the reason Mubarak decided to sell his shares for $100,000 and begin a new venture.

This new venture came in the form of a company called Zagace. Zagace uses “zag apps” that allow companies to efficiently manage their inventory, accounting, and marketing.  The Enterprise Resource Planning (ERP) platform offers services to business administrators, job seekers, and general users. This structure expands on the potential client base of Hype Century Technologies, which was geared towards small businesses, and also creates several different services that clients utilise to enhance their business efficiency. Zagace has also proven a successful venture for Mubarak, and serves a very wide range of clients across Africa.

Despite the challenges he faces, Mubarak remains optimistic about his the future of Zagace, noting, “But all is not lost, I am optimistic that we will sail through”. If his recent success is any indicator, Mubarak will have a positive impact through entrepreneurship in the years to come.