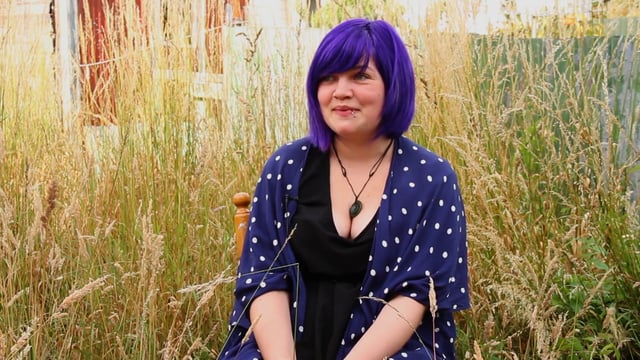 Tabitha Besley, 23, identifies as a queer femme; vegetarian; Taurus with Cancer rising, an Aries moon and lots of planets in the 10th house; and lover of all things polka dot. She is one of 60 young people worldwide—the only New Zealander—to receive the Queen’s Young Leader Award, an accolade for her work to ensure support for lesbian, gay, bisexual, transgender, and intersex (LGBTI) young people in schools.

Tabby was 12 when her family moved from England to New Zealand. Coming out at 15, she found solace in her high school’s Queer Straight Alliance (QSA). “I think having a peer support group in my school sent a really powerful message that it was okay to be who I was; that my school accepted and celebrated my identity,” she says. Overcoming bullying herself, she became the leader of QSA, expanding it to include the wider community.

In 2011, Tabby began her dream job, as the co-ordinator of the Q-Youth drop-in centre in Nelson. The sense of belonging was something she wanted to share with young people across the region. Tabby co-founded Q-Youth and, with the executive director, organised new initiatives to support, advocate for, and educate queer youth, their friends and families – and a place to hang out and relax. 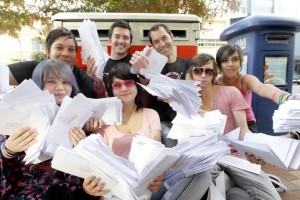 That same year, LGBTI youth groups initiated a letter-writing campaign to the New Zealand Prime Minister John Key. The Auckland University Youth ’07 Report had highlighted concerning levels of depression, anxiety, substance abuse, self-harm and suicide among queer secondary students. With those sober findings in mind, letter writers were encouraged to include their own experiences of bullying to show its devastating effects. Over 3,000 of these letters were sent on April 14 for the Pink Shirt Day anti-bullying campaign. As a result, Tabby was part of a small group granted an audience with John Key to discuss government support for LGBTI initiatives and groups.

For many young people, just knowing that you are not alone in your feelings and experiences can be lifesaving in itself. Tabby recalls a time she and other volunteers visited a religious school to talk to a group of students about setting up a support group there. “It was incredible to see how much the young people opened up to us after we shared some of our own stories,” she says. Afterwards, a young fa’afafine (transgender) student said that before that meeting, they didn’t think they would have the strength to make it through high school alive. Now, though, they felt there was hope and a promising future. “Hearing the young people you get to meet and work with say things like that is such a great reminder about how incredibly important this work is.”

Those experiences inspired her to form InsideOUT, a national organisation that establishes projects “that contribute to making Aotearoa (New Zealand) a safer place for young people of all sexual orientations and genders”.

InsideOUT brought New Zealand the Day of Silence, an international awareness movement that began at the University of Virginia in 1996. It is a day of action in which students vow to take a form of silence to call attention to the silencing effect of homophobic, biphobic and transphobic bullying, name-calling and harassment in schools. This year the event has grown, with even more schools taking part.

On 23 June 2015, a year after the first Day of Silence, Tabby was invited to Buckingham Palace to receive her award from HRH Queen Elizabeth II. As part of the Queen’s Young Leaders programme, recipients will complete a year-long online leadership course through Cambridge University. 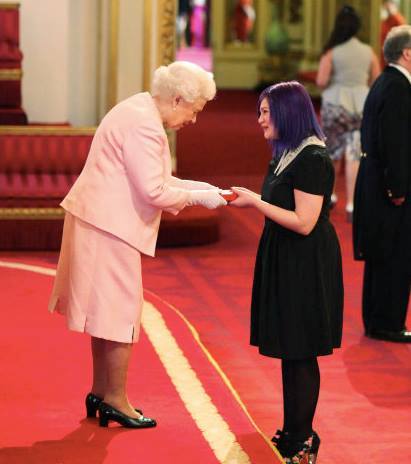 Tabby is excited about meeting the other incredible young people from all over the world and learning about their work. “It feels like there could be some really exciting potential there – if these 60 individuals are doing such awesome things in their own countries, what could happen if we all put our heads together?” The programme includes a one-week stay in the UK and personalised one-on-one mentorship from a leader in their chosen field. “It’s pretty exciting,” Tabby said. “I had no idea I would get this far, and that I would actually succeed. It’s pretty daunting to be running a national charity at 22.”

Apart from her Young Leader award, Tabby was also nominated for the Young New Zealander of the Year 2015, along with the talented pop singer Lorde. Over the years, she has been involved with many events and projects, including: Q-Youth, OutTakes Queer Film Festival, PrideNZ, and has even helped host a radio show. She was co-chairperson of LegaliseLove, an organised movement campaigning for marriage equality and adoption rights for gay people, that was instrumental in support for the 2013 passing of the marriage equality bill in New Zealand. She also works as the annual appeal co-ordinator for Wellington Rape Crisis, organising their biggest appeal of the year, which this year raised over USD$28,500. 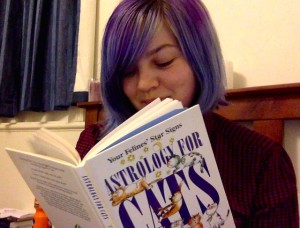 When asked about hobbies, Tabby jokes that she doesn’t know what spare time is. “I’m really passionate about the work I do, and it’s also something really personal to me, so those lines between work and fun are blurred pretty easily.” Her keen personal interest in astrology, though, gives her “such a fascinating way of understanding people” and she writes a column to teach others.

For now, Tabby is happy to go with the flow and see where life takes her, but she is passionate about building InsideOUT’s reputation as a well-known organisation in this field of work, and to see significant and long-lasting change in schools. With the support of the leadership programme she is now a part of, she has the mentoring and encouragement to continue her work.