How to Fight Child Marriage in Nepal

A 2014 UNICEF report emphasized that Nepal is still among the top ten countries in the world, where child marriage is practiced. A staggering forty-one percent of girls marry before turning eighteen, while ten percent wed by the age of fifteen.

Early weddings cause considerable hardships for girls, many of whom drop out of school and face domestic & sexual violence, while holding little control over their reproductive rights, since their husbands are often much older.  Archana Gurung, a young Nepali, who sprung from the rural side of the Western part of the country, but was raised in the capital, Kathmandu, witnessed the suffering of many child brides and felt compelled to take action against child marriage, as she realized that some women her age already had teenage children.

Archana launched the Step Up and Say No More Child Brides initiative in 2012 to raise awareness among adolescents and communities to stop this practice, by conducting dialogue programs in several districts of Western Nepal, including Kathmandu’s outskirts. At first, the initiative was launched more to raise awareness about the problem, rather than to resolve its root causes, which Archana considers to be poverty, illiteracy as well as deep rooted religious and cultural taboos. Over time, however, Archana has become more interested in implementing solutions that could solve the issue.

At the moment, Archana, who works as a News Presenter/Program Producer at a state television station Nepal Television (NTV) and as an Editor and New Presenter at a state radio station Radio Nepal, is in the pre-production stage of creating a documentary film on child marriage in Nepal. The documentary will also incorporate child bride practices of other countries in South Asia and Sub-Saharan Africa, as girls there are equally vulnerable. 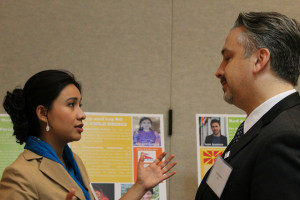 The young Nepali realizes that her initiative’s greatest goal, convincing girls, parents and community stakeholders in Nepal that child marriage is nothing but derailment in life, is a long way from being accomplished. She hopes to reach it step by step, by accomplishing her short-term goals of constantly raising awareness among individual residents to shun the idea of child marriage and her long-term goals of establishing  micro-enterprises and collaborative, empowerment labs, safe homes, vocational trainings for girls and women to gain overall social and financial independence.

For her tireless work, Archana was granted The Community Solutions Program (CSP) Fellowship in the United States (US), between August-December 2014, dedicated to strengthening leadership skills. She worked at a branch of one of the oldest women’s organization in the world, the YWCA in Houston, Texas. There, she had the opportunity to work directly under the CEO’s supervision, learning fundraising techniques, conducting community fairs and organizational management as well as branding techniques.

Archana also had the opportunity to assist with case of teenage girls from different backgrounds, living at the YWCA of Houston’s residential facilities for homeless girls . As part of the fellowship, she also partook in an online course on leadership, certified by the George Mason University in Virginia, U.S., which provided her distinct knowledge on subjects, such as leadership style, network and communication, strategic planning and conflict management. 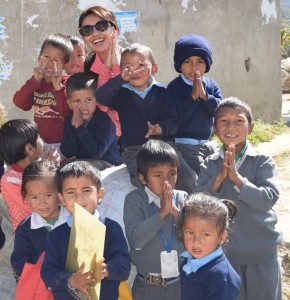 The young Nepali believes that, in order for her work on child marriage to have an impact, a broader set of changes need to take place in her country. She believes that Nepal needs to see an end of its political turmoil, the establishment of a stable government and the promulgation of a long awaited constitution.  She added: “I also like to see the mandated restructuring of the country with decentralized approach, which would smoothen the functioning of local bodies of the government, following which many local level problems would be resolved at local level itself. Among other key social changes that I aspire Nepal to undergo is the execution of the legislations at local level with direct involvement of government bodies and community leaders at first part.” For her, a stable political situation would ultimately result in the creation and adoption of areas, including women issues and child marriage, which have been ignored or less attended.

When giving advice to other young changemakers, Archana emphasizes: “Be sincere; be honest; be strong; be confident; learn as much as you can; be ready to face any obstacle on your way; be ready with a weapon called ‘knowledge’. Make the world a better place to live!”