Most people would not sacrifice the safety and comfort of their lives to venture to a foreign country and help those who are most in need. Kayla Mueller was not like most people. Her heart beat in sync with those of innocent people undergoing the 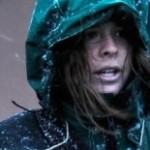 atrocities of unfair wars around the world. She couldn’t bear allowing that the brutalities committed against them unfold in front of her eyes.

Kayla made a promise to herself that, “for as long I live, I will not let this suffering be normal.” She kept her promise, until, at the beginning of January 2015, after being held hostage for over a year by the Islamic State, a jihadist rebel group, she was killed. She was only 26-years-old. The Islamic State claims that her death was caused by a Jordanian airstrike on a weapons compound in Raqqa, Syria. This has yet to be confirmed.

Kayla had gone to Aleppo, Syria’s capital, with a male friend, who had been contracted to fix the Internet connection at a Doctors Without Borders hospital. They were both kidnapped upon exiting the hospital. While the man was soon released, Kayla was not.

At the time of kidnapping, Kayla had been working with Support for Life and the Danish Refugee Council on the Turkey-Syria border, since 2012. Some of her responsibilities included visiting refugee camps, assist with family reunification, play with the refugee children, and help with psycho-social interventions.

Kayla’s dedication to humanitarian work had started long before Syria. During her undergraduate studies at North Arizona University, Kayla volunteered for the Save Darfur Coalition for three years, fighting against the genocide in Sudan, conducting multiple letter-writing campaigns and leading two silent walks in her native town of Prescott, AZ. In college, she was also part of the national student movement of STAND, aiming to engage students in the fight against genocide and mass violence, by leading the chapter at her school and being the movement’s Southwest Regional Outreach Coordinator.

After finishing college, the young humanitarian travelled to India to volunteer as an English teacher for an organization that educates and provides social support for Tibetan refugees in Dharamsala, a city and municipal council in the state of Himachal Pradesh. While there, she had the opportunity to see the Dalai Lama, which she described as “one of the most profound spiritual experiences” of her life.

In an online blog, where she posted notes and reflections, while in India, Kayla mentioned: “The Tibetan cause is really incredible, and sitting with these people and hearing their stories and then teaching them English and then watching a film on Chinese brutality, [it] has all come together to cause me some heartache, as it’s so much sorrow to take in and it surrounds you here.”

After India, Kayla travelled to Israel to volunteer with International Solidarity Movement, a pro-Palestinian organization, for a month. She helped the Palestinians resist the confiscation of their lands and confiscation of their homes by Israeli settlers. She accompanied Palestinian children to ensure that they left and arrived safely to school, in a neighborhood where the children face frequent attacks by the Israeli settlers and military.

Perhaps it was witnessing time and again suffering people’s adamant resistance and fearlessness against oppression that allowed Kayla to remain courageous and generous in the face of her kidnapping in Syria, only caring for the well-being of those, whom she knew would be devastated by her abduction. In her last letter to her family, she wrote: “If you could say I have “suffered” at all throughout this whole experience it is only in knowing how much suffering I have put you all through; I will never ask you to forgive me as I do not deserve forgiveness.” Her wisdom and patience only grew during her time in captivity: “I have been shown in darkness, light + have learned that even in prison, one can be free. I am grateful.”

Although her untimely death cut short a live that could have offered much more love, kindness and justice to the world, Kayla will live on and inspire as a hero who, with a fearless broad smile, took on the giant of war and injustice and stood up for the afflicted and destitute!