When you step into a new city, you want personality, you want quirky, you want to find something you can’t find anywhere else. You are, in essence, looking for the soul of a city, trying to find the character of it underneath the whitewashing 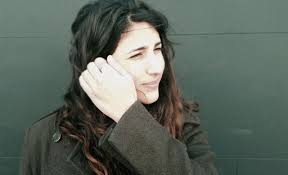 effect of the big brand chain stores. Of course, sometimes finding the lesser known places isn’t so easy, especially in a city like London which remains a maze even to some of those who have lived there for years.

It’s in these instances that a site like Twenty Something London becomes as essential to the curious Londoner as much as an Oyster Card and a good pair of walking shoes. Co-founded by entrepreneurs 24 year old Pascale Bardet and 26 year old John Michael Sookias, Twenty Something London is an online guide to the lesser known establishments of London, offering a platform to independent business and a helping hand to those of us who are eager to see the unique parts of London.

Despite knowing one another from a young age, the professional union between Pascale and Michael didn’t begin until after University. After studying Economics at Warwick University, Pascale took a gap year in Paris where she was both a fashion journalist and a waitress. In between times Pascale and Michael would hold Skype meetings and so began the transformation of Pascale’s initial Twenty Something London Blog which she had been writing as a hobby since she was 17, to the fully fledged site born in 2012.

Whilst there are undoubtedly other recommendation websites, Twenty Something London set itself apart in numerous ways. For example, rather than try and target a generic audience, Twenty Something London is very much tailored towards the twenty something age group. It also does much more than simply recommend things. It allows you to share your find, book tables and buy tickets, all on the one website rather than diverting you around the internet.

More unusual still is the user generated content format with which Twenty Something London was achieved. By allowing each establishment its own page to paint a picture of what it can offer, complete with opening times, entry fees and even the closest tube station, Twenty Something London gives small independent businesses a stage, free of distraction, to flaunt their talent and tenacity.

Now with a core team of six other people, Twenty Something London has gone from strength to strength, responsible for the coordination of mass events like the Riverboat Food Fest, The Rooftop Brewing event and the 2014 Burger Fest.

Of course the next logical step for such a successful concept is other cities and Pascale and Michael have already expressed a desire to map the cultural heart of places like Cape Town, Copenhagen and Melbourne.

Pascale, along with Michael, did something amazing in creating Twenty Something London, it is much more than a recommendations website, it is London’s heart, a map to its culture and a tribute to those bold enough to compete with the bigger stores and set up a business. Today London, tomorrow the world.