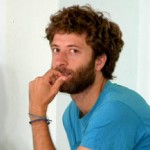 organize the muscle of tens of thousands of young people to force governments to answer why they haven’t acted on climate change yet.  Five hundred students from more than one hundred countries are gathering in Istanbul, Turkey beginning Monday, June 24, 2013, to learn the skills and tactics for organizing in their respective countries.  TakingOnTheGiant talked with Anjali Appadurai,one of the leaders of the movement who has been in Turkey this past week preparing for the training conference [see previous posts on Ms. Appadurai including her powerful in-their-face speech at the United Nations Conference on Climate Change].

Anjali, along with sixty other young activists, will be training the attendees.  The conference is spearheaded by 350.org, an organization co-founded by William Bates, a Middlebury College student.

350.org was founded under the principles that “We need a massive and sustained show of force that disrupts the status quo and captures the public imagination. This ambitious goal is within reach. With a loose collection of organizations, activists, and networks in nearly every country on earth, the climate movement has the necessary potential to facilitate this sort of global groundswell. Now it’s time for us to realize this potential.”

The conference, entitled “Global Power Shift” is just Phase one.  Phase two will be to have this trained legion of youth return to their respective countries and communities and organize both by alliances with existing organizations and creating new movements.  In Anjali’s words, “We are going to change consciousness to influence politicians.”  The movement hopes to tap into the vast number of young people’s frustration with the international inaction on climate change.

Following the conference there will be a directory of contacts for each country for those who want to join the movement.  Stay tuned to TakingOnTheGiant.com for that update.