Through his organization, CoderDojo, 20-year-old James Whelton from Cork, Ireland, is helping provide a strong IT education to young people from around the world. 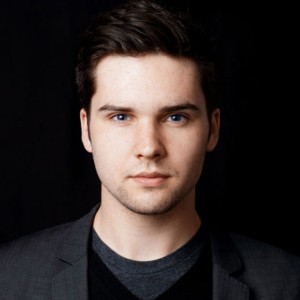 Currently operating in around 24 worldwide and helping over 16,000 people, the CoderDojo runs completely free not-for-profit coding classes for young people, with ages ranging from 7 to 18. These courses cover everything from web scripts, mobile and even game creation and anything from HTML to CSS. The teachers, called “dojos,” are all volunteers, ranging from college students to CEOs of the IT world. James himself started learning how to code himself when he was 9 years-old. After, in secondary school, he won a web development award, he got approached by one of his peers curious to learn how to create iPhone apps. Since more and more people kept asking him web-related stuff, he decided to hold a meeting of interest, to which over 40 people showed up.

He formed an after-school computer club, where he taught basic HTML and CSS. After becoming known for hacking the iPod Nano, James was invited to speak at the Dublin Web Summit in 2010, where he met Bill Liao, an entrepreneur and philanthropist, who became interested in helping him grow his after-school program.

After discussing together the “economic standpoint of things and how there is a massive shortage of software developers and people in tech,” they came up with CoderDojo. The first computer club was launched in Cork. As people would travel from Dublin to attend its sessions, they opened up a new club in Dublin. And, since then, it kept on growing.

In James’ vision, CoderDojo clubs fulfil several roles: “From the social and economic standpoint it is filling the void of the education system, but it is educating kids in a new skill also. Socially, it gives young people a place to hang out and meet like-minded people and let them work on projects together.”

The positive results of CoderDojo’s clubs have already becoming visible. One of the students of CoderDojo developed Pizzabot, a game that ends at the top of the iPhone paid download charts. Most other participants use their newly acquired coding skills to achieve their personal goals.

CoderDojo has managed to attract the support and praise of important companies of the likes of Facebook, Skype and Twitter. James believes that it was the clear message and vision that CoderDojo put forth that attracts the larger companies’ interest.

James himself is the recipient of an ever growing number of key prizes. He was selected by Forbes as one of the 30 global social entrepreneurs to watch for in 2013. He has also won the Ashoka Fellowship, winning over €100,000, as well as Social Entrepreneurs Ireland bursary, which brought him €200,000 more. James decided to donate his prize to the Hello World Foundation, focused on enhancing young people’s computing skills.

James is always on the lookout for a new innovative idea. He stressed in an interview, “the sky is the limit as far as I’m concerned. If you have an idea, just go with it, you really never know what you can achieve.”