After his 15-year-old bride locked herself in the bedroom on their wedding night and two days later fled to her parents’ home, a 90-year-old Saudi Arabian man has decided to sue her family. The man immediately requested and obtained a divorce from his runaway bride. 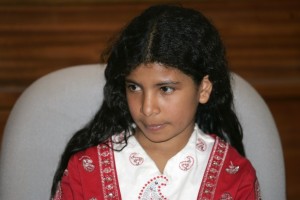 While insisting that the marriage was legal and correct, the husband believed that there was a conspiracy between the girl and her parents, whom he accused of hoping to fraudulently retain the $16,000 dowry, which he had to pay in order obtain their permission to marry the teenager. However, close friends of the girl’s family claim that she was simply terrified on the wedding night and, after barricading herself in the room for two consecutive days, she decided to return to her parents’ home.

The girl’s marriage sparked outrage among human rights and social media activists in the Gulf kingdom. A member of the National Society for Human Rights (NSHR), Suhaila Zain Al-Abideen, called on authorities to immediately intervene and save the girl, while stressing that her case underlined the urgent need for the country to set the legal marriage age at 18. The activist also emphasized that, according to Islamic law, marriage must be based on mutual consent and that the girl’s decision to lock herself in the room indicated that she had not wanted the marriage and that, therefore, her parents can be considered responsible for marrying her to an old man. Jamal Al-Twairqi, a psychologist, claims the girl is too young to make a decision on her marriage and warned that she might commit suicide, if returned to her husband.

Some activists took to Twitter to express their disapproval of the marriage. Legal expert Mouhammad Khaled Alnuzha asked: “Is this a case of human trafficking crimes punishable by law?,” while Samira al-Ghamdi, a psychologist at a child protection center, wrote: “We need a law to penalize these acts… enough child abuse.”

Sadly, the girl’s case is not unique. According to Ali Abdul Rahman al-Roumi, a university researcher, more than 5,000 girls below the age of 14 are married each year in Saudi Arabia, a country that still has no minimum legal age for marriage, although the government has kept promising to introduce one for the safety of young girls.

In some Arab countries, including highly conservative Saudi Arabia, marriage is considered as girls’ destiny and those who refuse to marry are considered by their families to be rebellious and shameful. Many Islamic officials refuse to impose a ban on child marriage, by claiming it would contradict Islamic law, which states that, as soon as a girl reaches puberty, she can choose to marry. Nevertheless, Islamic law emphasizes that a wedding should not take place until the girl is physically fit to engage in sexual intercourse.

Globally, ten million girls under the age of 18 are married each year, with around 1.5 million of them being under the age of 15. Yearly, around 5,000 women around the world are murdered by relatives for disobeying their families’ imposed marriage decisions.

This article was originally posted on the Digital Journal: http://www.digitaljournal.com/article/340850#ixzz2MnH13Kpz