In 2009, after her mother was diagnosed with breast cancer and underwent surgery, then 22 years-old Yael Cohen decided to start a non-profit organization called F*ck Cancer. 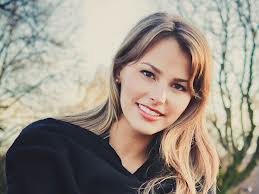 Cohen recalls why she decided to create the organization: “The movement started from my head in my hands, defeated and defiant, wanting to support my mom. I decided I would do something to teach people how to look for cancer instead of just find it, because early detection really was our salvation. It has been almost two years since mom was diagnosed, and my life is now completely different.”
The Vancouver-based organization has two central objectives. The first one is to encourage and empower young people to act as detection ambassadors for their parents, by determining them to get mammograms, colonoscopies and other diagnostic screenings. According to Cohen, taking these tests means to “actively look for cancer, not just find it. Cancer is most curable at stage I.” As part of the first goal, F*ck Cancer also aims to prepare young people to ask their parents about their family history as well as to discuss lifestyle factors and early warning signs.
The second objective is to use social media to build an online community for cancer patients, their families and friends. Cohen emphasizes: “It might be arrogant, but we are the first generation with the technology to change the whole world.”
In 2009, F*ck Cancer started as a Facebook group by the same name. The group quickly gained 1,000 members. The Facebook page now has over 71,000 Facebook followers and has turned into a fast-growing nonprofit.
Cohen’s organization uses edgy and innovative campaigns to raise awareness and invite people to take action. In October 2012, F*ck Cancer launched the “Touch Yourself” campaign in collaboration with Women’s Health and Men’s Health magazines used the image of a naked woman holding her breasts to encourage young women to do self-exams for early detection. The organization’s non-conventional strategies have managed to attract celebrities such as actress and spokeswoman Sophia Bush to become involved in supporting the organization and its goals.
Until now, F*ck Cancer has raised over $1 million and won the Mozilla Firefox challenge for social and humanitarian causes. The December 2012 fundraising campaign raised roughly $500,000. Cohen prides herself with the transparency of her organization, as she has managed to build trust among donors by posting an infographic on the organization’s website that tracks incoming donations and expenses.
Cohen has also received awards for her innovative approach. In 2011, The Globe and Mail named her one of the “12 people who are transforming philanthropy,” while Chatelaine Magazine’s 2011 Women of the Year issue one of Canada’s “Hot 20 Under 30.”
Ultimately, through her organization, Cohen aims to create a change in social attitudes toward cancer. She emphasized emphasized: “For our parents and grandparents [cancer is] the ‘C-word. We want to shift away from that fear-based marketing and focus on the fact that approximately 90 percent of cancers are curable if caught in stage I.”
Subscribe