19-year-old Luke Hood owns the top, second and eight most popular Youtube Channels in the UK. He is the creator and owner of four music channels: UKF Dubstep, UKF Drum&Bass, UKF Mixes, and the newer UKFMusic. UKFDubstep, a channel promoting the latest drum & bass, dubstep and electro music, currently has over 3 million Youtube subscribers and 1.5 million Facebook followers. 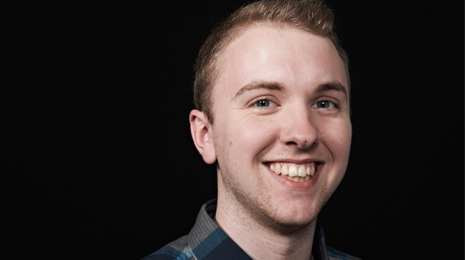 Luke started the UKF Youtube channel when he was 16 without any business intention, but simply as “an outlet for music I liked and friends did too. There wasn’t a business concept behind it, just a way for me to share music I enjoyed.”

In just one year, the number of subscribers to his channel went from 100,000 to 1,000,000, with the number constantly increasing ever since. While the channel almost started as a pirate radio, soon enough labels started approaching him: “They either give us clips or full tracks. The more YouTube views, the more it goes off in clubs and that benefits everyone.”

While the young entrepreneur never anticipated that his channel would become so successful, he believes that Facebook played a crucial role in helping UKF get this remarkable following, since many of his video went viral, when friends started posting them on their Facebook wall, thus sharing with people living across the UK.  At the same time, the fact that Youtube has been supportive and have allowed his music channels to feature on their homepage also played a key role in raising awareness about the young entrepreneur’s channels.

Luke decided to sell half of his company to AEI Media and currently works from their London office to expand his company. With AEI Media’s help, the young entrepreneur took his initiative to new dimensions. He started creating music events. He has already organized two 11,000-people shows at Alexandra Palace, which sold out two month in advance, after organizing a smaller gig at XOYO.

The young entrepreneur believes that one of the key explanations behind his events’ success is “quality control. We very rarely have let anyone down. People have their own taste in music, as we all do, but if people come to a UKF event they always see great productions with great music and great artists.”

At the same time, in 2010, he released two music compilations UKF Dubstep and UKF Drum&Bass. Two other more recent compilations are the UKF Bass Culture 2 and the UKF Dubstep compilation. Luke reveals: “We’ve gone on to sell over 250,000 albums across everything we’ve released.”

Luke is grateful for what he is doing, because “every day is different and I’m thankful for that. One day we’re building line-ups for a tour, another we’re working on the next compilation album and of course always listening to fresh new music (as bad as some of the imitations we’re sent can be!).”

In terms of challenges, Luke mentions that it is difficult to go through the amount of music that he is sent: “we get an incredible amount of labels alone getting in touch with new music. When you add unsigned talent into the mix it becomes even more difficult. Also, keeping up with music as a whole, it evolves constantly and we need to make sure we stay at the forefront of that. Just like a radio DJ or any other brand has to.”

As for future plans, the young entrepreneur considers the UKF music channel, which is currently eight in the UK, as one of his key focuses, as he wants to “turn it into a bass music channel, because producers don’t want to just produce drum and bass, they want to produce different types of bass music. The music channel is there to be filled with variety.”

Luke’s other main goal is to increase the UKF channels international audience.  In 2012, he started a show on Kiss FM. He also intends to use YouTube’s livestream function to broadcast events, aimed at under-aged music lovers and international fans who might not otherwise have access to the UK’s growing bass scene.

When advising other young entrepreneurs about starting a business, Luke suggests: “Take your time and don’t rush things and take stock of advice from whoever offers it. A lot of people will try to give you things and you must be clear-headed about it, never move away from what you want to do just for money. There’ll always be something to catch you out. Stay true.”