Born in Ekiti, Nigeria and raised by foster parents in the town of Lowestoft England, Ola Orekumrin is the founder of Flying Doctors of Nigeria, West Africa’s first air balance service. It is a social enterprise ensuring urgent air ambulances to leading health institutions, insurance companies and private individuals throughout West Africa. 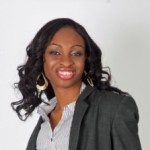 Talking about her organization, the young doctor emphasizes “We are completely physician-led and adhere to the highest standards of medical practice supported by the East Anglian Air Ambulance in the United Kingdom. Our mission is simple— to provide the best possible standard of health care to all.”

Ola’s decision to create the enterprise from the death of her 12 year-old biological sister, who suffered from sickle cell anaemia.

Her sister was visiting Nigeria with relatives when she fell seriously ill. She needed urgent care, so Ola and her family searched for the nearest ambulance service. However, they were unable to find one in the entirety of West Africa. The closest one was in South Africa and required a 12-hour activation time. Sadly, by the time they were ready, Ola’s sister had died.

The young doctor recalls: “It was really a devastating time for me and I started thinking about whether I should be in England talking about healthcare in Africa, or I should be in Africa dealing with healthcare and trying to do something about it.” She decided to take the later road. She remembers:  “I quit my job, said goodbye to my political aspirations for the position of the president of the British Medical Association and minister for the conservative party, I sold my car and my house, and bought my one way ticket to Lagos.”

She knew that in Nigeria “there were only two or three very good hospitals and they were sometimes a two, three, four-day journey away from the places where incidents happened”. Although the country is quite developed with a large oil and gas industry,at that time there was no coordinated system for moving people from the offshore environment to a hospital to receive treatment.”

The young entrepreneur wanted to ensure that people who were critically ill could see “not just any doctor — I wanted to facilitate getting the right patient to the right facility, within the right time frame for that particular illness, and that’s why I came to start the air ambulance.”

Though her idea would have saved thousands, Ola nevertheless had the door shut in her face many times before being able to set up her company in Nigeria. recalls: “I was rejected more times than I can remember. Sometimes I would spend hours waiting in an office only to be told to come back the next day and then be turned down. One time, on my way to Ondo State, I was robbed of all I had and was told by my companion, who was travelling with me, not to speak or else my accent would give me away and be the basis for my kidnap. Even in the face of difficultly, I was able to get some funding in addition to what I had saved up.”

She nevertheless continued pursuing her dream, partly determined by her love for Africa and Nigeria. She stated “because it is my identity. I have since realised that the earlier I re-integrate myself back to my roots, the better for me. I grew up in all-white environment and went to an all-white university. To be honest, until I moved back to Lagos, I never ever thought that Nigerians were capable of doing or achieving anything on their own.”

Still, rejection taught her a valuable lesson: “when you need something, people tend to avoid you but when you don’t need anything and seem to be making profit, they tend to become your best friend. The attitude towards me has changed immensely.”

After three years of operation, Flying Doctors of Nigeria has airlifted over 500 patients, using planes and helicopters to transport injured workers and critically-ill people from remote areas to hospitals. Ola reveals: “From patients with road traffic trauma, to bomb blast injuries to gunshot wounds, we save lives by moving these patients and providing a high level of care en route,” She further adds: “Many of our roads are poorly maintained, so emergency transport by road during the day is difficult. At night, we have armed robbers on our major highways; coupled with poor lighting and poor state of the roads themselves, emergency transport by road is deadly for both patients and staff.”

In terms of the challenges she is still facing, Ola confesses that the aviation business is very expensive and keeping costs down is difficult, while stressing that red tape and bureaucracy also  pose a constant problem. Despite any existing obstacles, Ola is determined to fully reform the Nigerian healthcare system.

Even prior to creating her successful business, Ola had already made history by becoming one of the youngest doctors in the UK, as she graduated university at the tender age of 21. In 2008, she received the important MEXT Japanese Government Scholarship and produced ground-breaking research in the field of regenerative medicine through her work with induced and pluripotent stem cells. She has also published a book as well as multiple articles for high-profile medical journals.

In 2012, Ola became a recipient of the ThisDay Awards, while the World Economic Forum selected her as one of the Young Global Leaders class of 2013, a group aimed at comprising some of the current top leaders under the age of 40.