When he was a kid, Marshall Haas wanted to become an architect. While, at the age of 15, Marshall had the opportunity to do drafting work at an architecture firm, he also became interested in business enterprises. 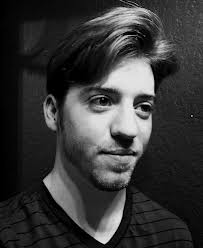 Alongside his cousin, he launched  Velocity Source, an online performance parts retailer, catering to the Japanese and European car market with over 35,000 products listed. He recalls: “I made a whole lot of mistakes, we made a lot of mistakes. But like they say, its good for learning. You learn so much from your first entrepreneurial ventures. It also gives you a taste of what its like to be in business.”

In 2010, the young entrepreneur also launched an iPhone app, BizBreak, a game where players get to beat up a corporate boss character. The application was selected as a finalist in the App Star Awards.

Returning to a key interest and passion, architecture, Marshall started AllRendered, LLC, a website focused on creating renderings, including 3D computer generated stills, animation walkthroughs, and watercolor renderings. The idea behind the company is that, even though many architects want to provide architectural renderings, they usually do not want to employ people full time for it.

Marshall found his team, comprising 20 artists based in the Philippines, through Elance, where he posted a “dummy” project “to test the quality, turnaround time, and communication of a bunch of teams. I talked with about 30 different teams and eventually decided on one that would be perfect for what I wanted to do.”

When advising other entrepreneurs about outsourcing, Marshall points out that it is essential to find “someone that you trust and is fully able to deliver is so important. Checking up on their reviews is a must, of course. One thing that I had to look for when finding my team of artists was finding a team that I knew could handle a load of jobs. I didn’t want a one or two man show.”

In 2011, when he was 21 years-old, Marshall also launched Obsorb, a business-to-client mobile and web communication platform. He determined two engineers to join as co-founders, raised $110,000 to start the his initiative and entered a partnership with MetaLab, a well-known Canadian tech company, on a second product. The young entrepreneur stresses that the reason why he was able to obtain the funding was because he had created previous products and services indicating that he was able to follow through his ideas and goals.

Apart from running his companies, Marshall is still in the process of developing a new mobile app with game properties, Podums, aiming to determine people to be more productive.