Many young people want to become journalists, but find it difficult to gain experience and break into a profession dominated by established journalists with years of expertise behind them. Ashley M. Williams, a 26-year-old journalist, who has published for NBC News, WBAL Radio and USA TODAY, understood this issue and decided to create a platform that would allow them to develop their journalistic skills. 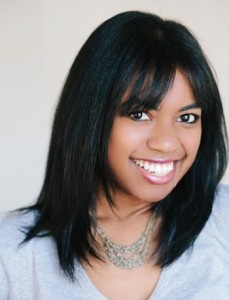 Thus, on Martin Luther King Day in 2015, RIZZARR, a new social media platform for Millennials, was born. Its name comes from the Spanish word “rizar,” which means to ripple. It connects with the concept behind the ripple effect. Ashley explains: “We’re focused on providing young people with a positive space to write news stories; to share their thoughts on life; to highlight inspiring people; and to bring attention to actions making an impact in the world. People can post any type of multimedia, talk to each other via messages, notifications, and forums. They can also write stories to be placed on the site to get published and build a following of people who like their thoughts and their ideas.” Ashley believes that creating a positive space with a social curation element that can really shape how journalism is conducted and that Millennials and Generation Z can have a strong impact on society and what needs to be focused on.

At the moment, RIZZARR is still in its invite-only beta stage and in the process of raising funding to create the next version. Since its recent launch, the platform has almost reached 1,000 users. The majority of the site’s content is ensured by users, with the team only editing content and writing some of the stories. Still early in its infancy, the platform has already started gaining revenue from advertising, while also striving to attract new companies targeting Millennials.

Ashley’s greatest accomplishment thus far has been getting to a point of launching a product, getting users and starting to inspire the general audience. The young journalist confesses that she is still striving to build a solid team to continue developing the website.

Watch one of Ashley’s videos for RIZZARR

Apart from running RIZZARR, Ashley is also a supporter of Girls Who Code and Yes We Code, as she would like to see more women of color involved in technology. She also enjoys being a mentor to young people, especially young journalists by getting involved in organizations, such as National Association of Black Journalists and a nonprofit called Management Leadership for Tomorrow. Ashley is a spokesperson for NEDA, often contributing to its Proud2BMe writing platform.

When giving advice to other young people, Ashley emphasizes: “Never give up. Despite the naysayers, the tremendous obstacles, the lack of experiences, the lack of finances, the disappointments, and the backstabbers, you can never give up on your dream. Become as smart and as equipped as you can to do what you feel you are called to do. Everyone has an opinion and everyone may not be for you. But you have to be for yourself and believe in yourself. You know what you are capable of doing, so just do it. You have everything in you needed to fulfill your dreams and to become all you have ever believed you could. Never settle. You were given this life for a reason and there is a reason why you are here. Hold onto that and live each day serving your purpose and the gift of your existence on this earth.”