Curing cancer from the benches of high-school

In 2012, then high school senior, Angela Zhang, won $100,000 in a national Siemens science competition for her research project, which could hold the key to curing cancer. 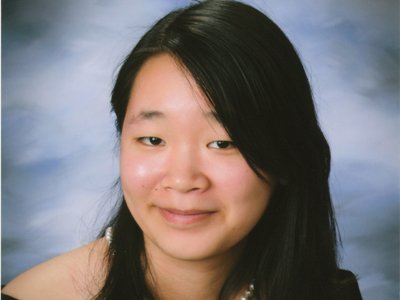 Angela, currently a Harvard University undergraduate, was the only female individual finalist in the competition.  Her interest in her research topic was motivated by her great grandfather’s survival of liver cancer and her grandmother’s death, caused by lung cancer, while she was still in the seventh grade.

Angela remembers she felt pressed to find answers to questions raised by her grandmother’s death: “Why does this happen. Why does cancer cause death? What are we doing to fix this and what can I do to help.”

In her freshman of high school, Angela had started reading doctorate level paper on bio-engineering. In her sophomore year she was applied and was accepted to work in a lab at Stanford University under professor Zhen Cheng.  Angela recalls: “At first it was a little bit overwhelming, but I found that it almost became like a puzzle, being able to decode something.” She was already doing independent research in her junior year of high-school.

Angela conducted her research only in her spare time, which required great time management, setting clear deadlines and objectives throughout the project, as well as some sacrifices, such as cutting out TV time and spending less time with her friends.

The numerous hours spent in the lab led her were fruitful, as the young woman develop a method that could in the future ensure a more efficient and safer cancer treatment.  When describing her findings, Angela specified:  “I created a nanoparticle that’s kind of like the Swiss Army knife of cancer treatment in that it can detect cancer cells, eradicate the cancer cells and then monitor the treatment response.”

She further reveals that her intention was to personalize cancer treatment, by increasing treatment efficiency and the patient’s quality of life during treatment.  In an interview, she explained: “At the heart of my nanosystem is the drug delivery capabilities.  My nanoparticle was designed to be preloaded with a cancer drug that would be released directly and selectively at the tumor site to eradicate cancer cells.  The greatest advantage that a drug delivery system has over many current cancer treatments, such as chemotherapy, which tends to attack cancer and healthy cells, is minimization of toxicity to non malignant/healthy cells.”

Her method almost completely eradicated tumors in mice.  Angela recalls the immense joy brought by her efforts’ positive results: “It was a great feeling to find that my project worked.   It was a culmination of hours of hard work, but I also concede that my project is perpetually a work in progress . That aspect of research makes research such an exciting and interesting field to me.  I value the failures as much as the success that I have encountered in my project because of the great learning opportunities that the failures have provided.”

The young woman’s idea is still years away from being used to treat human patients, however.  Zhang says it could take 25 years of clinical trials before her invention could be provided to people.

The Siemens award is not the only prize that the young researcher boasts with. She had previously won other science fair awards, including the Intel International Science and Engineering Fair 2010 Grand Award and the ISEF 2011 Grand Award.

In terms of her future plans, the current Harvard student reveals her desire to pursue research as a career, saying that:  “I enjoy research greatly because it provides a great intellectual challenge that also has a societal impact.  Cancer research has always been an exciting field to me; however, I am also open to other activities and other fields of research.  I am excited to see what the future holds!”