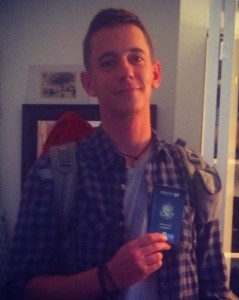 Global Citizens Travel LLC, which he founded in 2011, and Kids in the Game, which he joined in 2012.

Being an entrepreneur was almost a way of life growing up, as Matt had plenty of mini entrepreneurial experiences before he went to college or started a real business. One of his first tastes of entrepreneurship took place when he was in third grade. He started selling American flags with three friends, as they were trying to raise money for the World War II Memorial that was to be built in Washington DC. Their hard work paid off in the end, as they raised several thousand dollars. Several years later they were invited to the groundbreaking ceremonies, seeing their small town grassroots efforts pay off.

Matt’s initiatives have not always been successful. For instance, in middle school, he started learning about the stock market and began following penny stocks. He attempted to launch a short-lived investment club with friends, meeting at the local ice cream shop with some 7th grade buddies. In high school Matt started playing competitive poker, playing tournaments online and traveling to poker rooms across the state. For several summers during high school and college Matt played poker as well as made money teaching youth in his hometown the game of basketball. At the time, Matt was playing at the University of Rochester in NY.

The idea to create Global Citizen Travel in 2011 came from a semester trip around the world, when he studied on the Semester at Sea program, a floating campus sponsored by University of Virginia. The program offered students the opportunity to study and travel to several countries over the course of a semester. He spent 4 months traveling all over countries in Europe, Africa and Asia. Reflecting on his experience, Matt saw an opportunity to help facilitate travel for future students and young adults traveling abroad in countries all over the world. The idea was simple – to keep the travel independent, to work with local guides, and to plan unconventional and life-changing experiences. After a build-it-yourself website and reaching out to some students planning to study abroad, Global Citizen Travel was born. 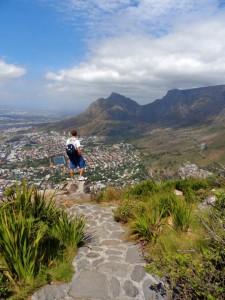 Fast forward to 2014 and Global Citizen Travel is planning accommodations, transfers and logistics, as well as helping students to connect with the top local guides of the areas. Matt has planned trips for several thousand students over the past few years, ensuring that students don’t just see these new cultures, but that they have an authentic perspective and experience things that they’ll remember for years to come. Recently Matt has planned trips for students to sleep under the stars in the Sahara, camp and hike on the Great Wall of China, explore the rainforest in the Amazon, and dozens of other unique experiences.

He believes that traveling is one the best ways to continue growing as a person and getting out of our comfort zone. Matt cited studying abroad as a time that taught him to be more independent, meet new people from all over the world, and develop a new appreciation for the meaning of a ‘global citizen’. 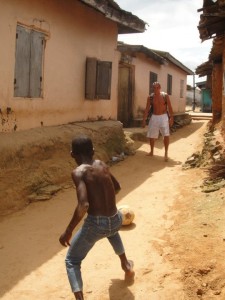 Apart from Global Citizen Travel, Matt also co-owns and manages Kids in the Game LLC, a NYC based company in the education space that offers youth fitness, music, and dance programs. Kids in the Game (KinG) works in public and private schools in all 5 boroughs of NYC, running recess and after school programs, as well as sports-specific camps and clinics. The team currently has more than 30 coaches on staff – former college athletes, dancers, musicians, and aspiring educators – all promoting health and fitness to the city’s youth. The company was founded several years ago by his current partner, Michael Murphy, a former basketball coach at Columbia University. Matt joined in 2012 to help grow the business and has helped build Kids in the Game into one of the leading providers of youth programs in New York City.

Matt’s title is CFO / Co-Owner, as he helps manage the growing staff, manages the business strategy, and oversees the web development and marketing efforts. Kids in the Game has allowed him to get back into sports and music, which he has always loved. Matt and Michael’s long-term goal is to grow the program all over the city, build out more training programs, add summer camp locations, and eventually expand into other east coast cities. In the short run, they’re looking for talented young people to join their team and continue promoting health and fitness through their programs. 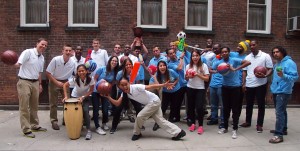 Matt noted three important things to consider and to apply when starting a business. First, a tremendous work ethic and a steady demeanor is needed to get through the up and down emotions of starting a business. Secondly, a business partner or early stage employees that complement your skillset is essential.Lastly, ask for help and advice from other business owners or industry experts. Finding advisors to bounce ideas off of or go to for help can be crucial to avoid mistakes that could be detrimental to early businesses.

One challenge that he thinks all entrepreneurs have, knowingly or not, is developing a management style. Matt believes that –“how you motivate others to help execute your ideas is an art and can be very different from person to person. Being able to read colleagues and adjust to what makes them tick is important to help encourage idea collaboration, grow your company culture, and to be an effective leader“.

The young entrepreneur likes to travel, as he has visited more than 30 countries and next year plans to climb Mt Kilimanjaro, among several other trips. In his free time, Matt enjoys playing guitar, skiing, and competing in intramural leagues in NYC.

Matt’s notes that he considers his biggest personal accomplishment to be that he has managed to align his hobbies and passions with his career goals. 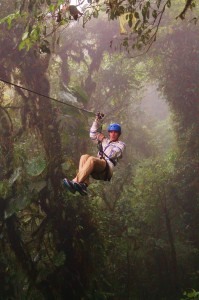 When advising other young changemakers and entrepreneurs that want to follow a similar path, Matt stressed “to succeed it takes sustained focus and energy, because nothing happens overnight. The ability to stay the course through highs and lows is something that not everyone can do. Staying wholeheartedly committed, taking care of your body (physically, as well as mentally/emotionally), and surrounding yourself with a rock-solid support system is the best way reach your goals. Being an entrepreneur is a challenging profession, which makes it all the more humbling and rewarding to be a part of.”