From Passion to Profession

Any journey, no matter how long, begins with a small step and Farrhad Acidwalla’s took his first at the tender age of thirteen, making him one of the world’s youngest entrepreneurs. 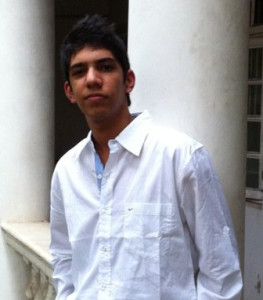 The currently 20-year-old Indian entrepreneur started out by building an aviation website, which filled a much need gap on the market and thus was a successful venture. After a few other successful internet ventures, he realized that he was doing something right. Seeing that his vision was appreciated, Farrhad decided to take his passion to the next level.

In 2009, he founded Rockstah Media, a web development company that gradually included branding and marketing services. Today the company is also focused on celebrity management and entertainment. He and his award-winning team have had the honour of serving an elite clientèle, as they have worked for recipients of Padma Shree, a top civilian award in India given by the Indian government, National Award winners, high-profile corporates, brands, media personalities & public sector units. Despite his amazing success, the young Indian entrepreneur still doesn’t call himself a CEO.

Citing his passion as the main reason he still keeps going on, Farrhad also states that entrepreneurship is not just a choice but a lifestyle. In our interview, he emphasized: ‘Entrepreneurship is also not about a title or a fancy name, it is about bringing a unique idea into reality, and working hard to prove yourself.’

He learned dedication and diligence from his aero-modelling teacher-turned-entrepreneur, Mr. Punnet Manaktala, who would come to his school every day and teach kids how to fly model airplanes free of cost. Farrhad stayed on in the class year after year. Among his friends, Farrhad admires the humility as well as genius of Parmesh Shahani, a self-made man who heads Godrej India Culture Lab.

Farrhad might just be India’s youngest self-made millionaire, but he still does what he does because he loves it, and not for the money. He confessed: ‘I know entrepreneurship isn’t one long race, it’s many short races one after the other and, as Steve Jobs said, perseverance is everything.’

India TV listed Farrhad as one of the “Most promising young Indian entrepreneurs of 2012.” In 2011, CNN Money featured him as a young entrepreneur to watch, while on a lighter note, in April 2013, Yahoo! Lifestyle featured Farrhad 6th on the list of Top 10 Best Dressed Male Entrepreneurs in India.

This Mumbaite says that he would rather work, complete his plans and then show the world his work rather than publicize his future plans. For him, the advantage of being a young entrepreneur is being constantly innovative, while the down-side is that, when trying to provide a premium service as a teenager, you will have to work hard again and again to prove.

Farrhad is nevertheless brilliant with understanding what the client needs, then visualizing and conceptualizing to give the client exactly what he/she wants. Farrhad’s next step is to ensure that the team works accordingly to deliver nothing but “Awesomeness.”

When he wants to relax and find inspiration, Farrhad takes long walks and listens to music.

These days, Farrhad’s hands are full with his company growth plans and giving lectures all over the country on his journey and entrepreneurship. He has spoken recently to a packed audience in universities like IIT Kharagpur and NIT Durgapur, just to name a few. Though he confessed that he is shy by nature and it is tough for him to come on stage and speak about himself in front of a packed audience, he still does so to inspire the youth.

Although still a student in the last year of his Bachelor’s degree in Commerce, the young entrepreneur’s career is already in full swing.

His advice to the youth is simple but powerful: ‘Take the initiative and do not worry about failure. Don’t talk. Do.’