Thirteen-year-old Logan LaPlante has an education like few other teenagers in the world. He is hack-schooled. The teenager has a profound admiration 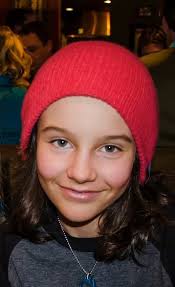 for hackers, which he does not perceive as computer aficionados, who spread viruses and break into official website, but as “people who challenge and change the systems to make them work differently, to make them work better. It’s just how  they think. It’s a mindset.

Conceptually, his hack-schooling revolves around the study and practice of being happy and healthy, which Logan considers to be outside the focus of traditional education. According to the teenager, being happy and healthy boils down to eight things: exercise, diet and nutrition, time in nature, contribution and service, relationships, recreation, relaxing and stress management and religious and spiritual endeavors. His hack-education combines all of these elements.

Apart from practicing how to be happy and healthy, his education focuses on instilling creativity, through the hacker-mindset, using technology and online resources as well as experimental classes and camps. He does not use any curriculum or particular teaching method. Instead, he takes advantage of the opportunities in his community and in his network of family and friends. He explains: ‘It’s like a mash-up of learning. It’s flexible, opportunistic and it never loses sight of making happiness, health and creativity a priority.’

His parents pulled Logan out of the traditional school system at the end of third grade, after viewing Sir Ken Robinson’s famous TedTalk ‘How schools kill creativity.’ While many of his parents’ friends insisted it was not the right decision, his parents decided to follow their instincts. While in fourth grade Logan was homeschooled, in fifth grade, his mom, who is a teacher, started hack-schooling him in fifth grade. Logan explains: “. We started doing survival classes and we did physics classes where we built giant Newton’s Cradles and lots of crazy, fun experiments. We did a lot of hands-on, outdoor stuff. For me, if it’s not hands on, I can’t pay attention.” Some of his ‘classes,’ such as math, he does online.

While, during his first year, his mother was mostly the organizer of his schooling, as he is approaching high-school, Logan has become more in charge of organizing his own education. He explains that he multiple teachers: “My aunt is one of my science teachers, my friend’s mom is my writing teacher and we’ll do writing classes with her once a week and study a book.”

The teenager, passionate about skiing, recalls that he didn’t enjoy writing at all, while he was in traditional schooling, because his teachers forced him to write about ‘butterflies and rainbows,’ while he wanted to write about skiing. Under the guidance of one of his mom’s friends, Logan discovered how much he loved writing, when based on his experiences and interests and engaged with some of his nation’s greatest speakers and thinkers.

Part of Logan’s education is experimental learning in the community, which sometimes involves conducting internships. He was an intern at Bigtruck Brand in Truckee, where he worked on developing his design, sewing and business skills.  He has also developed his love for public speaking through the Young Chautauqua program, which helps bring history to life. For the past four years, Logan performed as ‘Billy the Kid,’ Sid Edmund Hillary, and Al Capone, having to answer questions about his characters’ lives, posed by audiences of 60 to a couple hundred people. The TedTalk that Logan ended up giving, to unexpected success, as more than one million people worldwide have seen his video, was a project for the Young Chautauqua program, because he wanted to do something different. He also spends one day of the week outdoors, learning how to survive in the wilderness, but also relaxing and connecting with nature.

Logan believes that, because hack-school is a mindset, not a system, it can be used by anyone, including traditional schools.